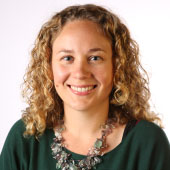 Sarah Walsh (PhD U Maryland 2013) is a historian of the human and social sciences in Latin America, focusing on the early twentieth century. She was a postdoctoral research fellow in the Australian Research Council Laureate Fellowship project, “Race and Ethnicity in the Global South.” As a graduate student, she received the National Science Foundation’s Doctoral Dissertation Research Improvement Grant to do field research in Chile. Her recent publications include: “‘One of the Most Uniform Races of the Entire World’: Creole Eugenics and the Myth of Chilean Racial Homogeneity” in the Journal of the History of Biology and “The Executioner’s Shadow: Coerced Sterilization and the Creation of ‘Latin’ Eugenics in Chile” in the History of Science.

In the Colour of Labour project she is directly involved with the study of Racializations in Science, addressing how eugenics and Catholicism combined to inform the construction of racial identity in early-twentieth-century Chile for her first manuscript, The Religion of Life: Race, Eugenics and Catholicism in Chile. She also has begun research on how public health and migration policies in Latin America contributed to the creation of a type of “Latin” whiteness in the region.