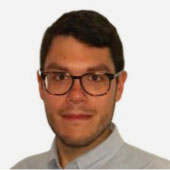 Nicholas B. Miller (M.St Oxford, 2009. Dr.phil Potsdam, 2014) is a historian of ideas and knowledge, with a focus on frames of comparison, practices of emulation and standards of evidence. With previous work on the Scottish Enlightenment and on transnational history, he is currently working on a global history of indentured labour in the long nineteenth century, emphasising the exchange of strategies, workers and ‘experts’ beyond the British Empire. As part of the Colour of Labour he is working on a monograph about the politics of contract labour, nationalism and population in late nineteenth-century Hawai‘i.