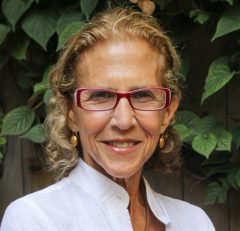 Ann Laura Stoler is Willy Brandt Distinguished University Professor of Anthropology and Historical Studies at The New School for Social Research, and the director of the Institute for Critical Social Inquiry. She taught at the University of Michigan from 1989-2003 and has been at the New School for Social Research since 2004, where she was the founding chair of its revitalized Anthropology Department. She has worked for some thirty years on the politics of knowledge, colonial governance, racial epistemologies, the sexual politics of empire, and ethnography of the archives. She is the author of Duress: Imperial Durabilities in Our Times (Duke University Press, 2016); Imperial Debris: On Ruins and Ruination (Duke University Press, 2013); Along the Archival Grain: Epistemic Anxieties and Colonial Common Sense (Princeton University Press, 2009)