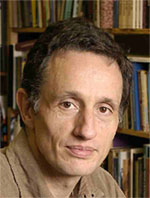 Peter Wade is an anthropologist and professor at the Department of Social Anthropology of the University of Manchester. His research has focused on concepts of race, ethnicity, the identities formed around these notions and the cultural politics of these identities in post-colonial nations set in a global context. Since late 1980’ he has done several spells of fieldwork in Colombia, looking at the black social movement and constitutional reform, and tracing the social history of Colombian popular music in the twentieth century and its connections with ideas about nation and race. More recently, he has been exploring the construction of nature, biology, genetics and culture in ideas about race. He is the author of Race and Ethnicity in Latin America (Pluto Press, 2010) and Race, Nature and Culture: An Anthropological Approach (Pluto Press, 2002).