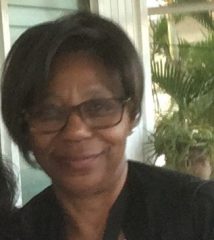 Brackette F. Williams is an American anthropologist and a Senior Justice Advocate, currently an associate professor of Cultural Anthropology at the University of Arizona. Her work interweaves matters of race, gender, class, ideology and politics. Her initial research and publications focused on the Caribbean regions, where she conducted research on labour market segmentation, ethnic entitlement, and nationalist ideological precept in Guyanese post-independence state formation. Since 2008 Williams has worked with Dr Christiana Bastos and other scholars researching late-nineteenth through early twentieth-century migration of impoverished Europeans from Portuguese Madeira to labour on plantations in the Pacific Islands, the Caribbean, South America, and Africa, and in the mills of North America. The collaborators study the role of labour, class, and race in Lusophone cultural production.  She is the author of Stains on My Name, War in My Veins: Guyana and the Politics of Cultural Struggle (Duke University Press, 1991); After Freedom: A Cultural Study in the Deep South (University of Wisconsin Press, 1993), and the editor of Women Out of Place: The Gender of Agency and the Race of Nationality (Routledge, 1996).