Tens of thousands of Madeirans and Azoreans crossed the seas during the nineteenth century to work on sugar plantations, first in the British colonies in Guyana and the Caribbean (from 1835 onwards), and later in Hawai‘i (from 1878). So many of these voyagers settled into their new locations as to establish distinct communities, encourage further migration among their friends and family, move on to other sites nearby and extend their range of economic opportunities, particularly in commerce. However, their history is very little known outside their own communities, being almost entirely absent in the Portuguese historiography, despite their pivotal role in the changing plantation societies they joined.

At this conference, we propose to bring together researchers working on immigration and the social history of Portuguese-descended peoples in Guyana, the Caribbean and Hawai‘i, as well as give space to individuals who consider themselves members of these communities to speak about their interests and findings regarding their familial trajectories, genealogy, memory and traditions.

Through the presentation of academic research, testimonies of community memory, genealogical exchange, general discussion and the planning of possible publications, we will build a history of these islands that aims to go beyond the archipelagos of Madeira and the Azores, to reach the far-away islands of the Caribbean and Hawai‘i. 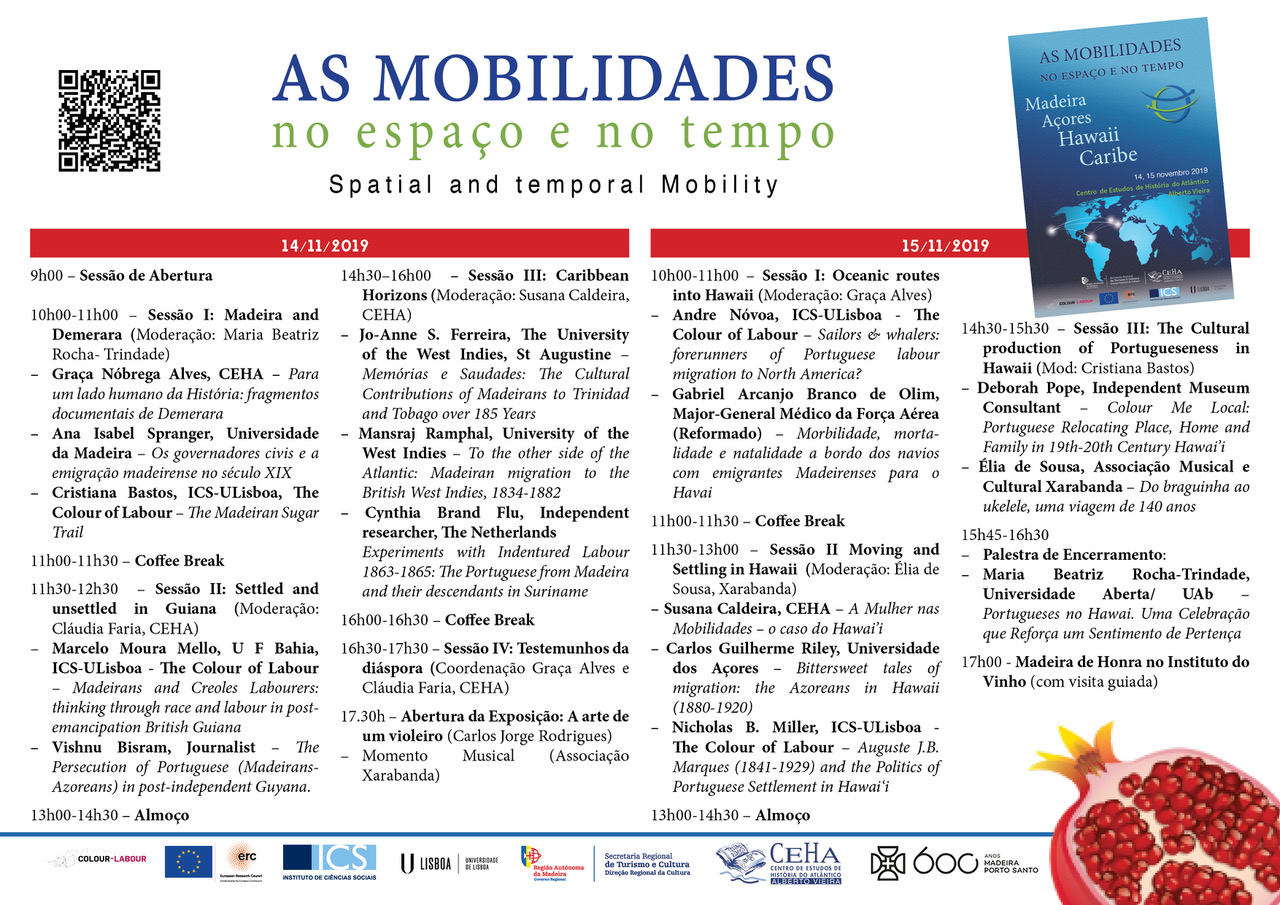