‘New slavery’ and the afterlives of the plantation in contemporary Europe – reflections from Italy’s agro-industrial enclaves”.

Building on fifteen years of engaged, militant research and activism on the issue of migrant labour exploitation, and in dialogue with the research of the COLOR project, the paper asks to what extent contemporary (media, legal, corporate) discourses on ‘new forms of slavery’ can be seen to evoke the spectre of the plantation, and to what effects. With reference to the Italian agro-industrial sector as my case study, I ask where, if at all, the plantation can be seen to survive or resurface in contemporary Europe, and in what forms.

Radical and critical commentators tend to oppose the gloss of slavery as an exception-making mechanism. Such discourse, they argue, reduces extreme forms of exploitation to the remnants of a distant past, without recognizing the continuities between different forms of labour exploitation and management that are foundational to the current political-economic system. Yet, the plantation arguably haunts the present in more ways than one. By means of a genealogical and typological analysis of contemporary forms of containment and violent extraction, the re-deployment of dispositifs that were first devised in the trans-Atlantic trade and the plantation system can begin to emerge, and further our understanding of the current as conjuncture in relation to multiple epochs as they articulate in the present. 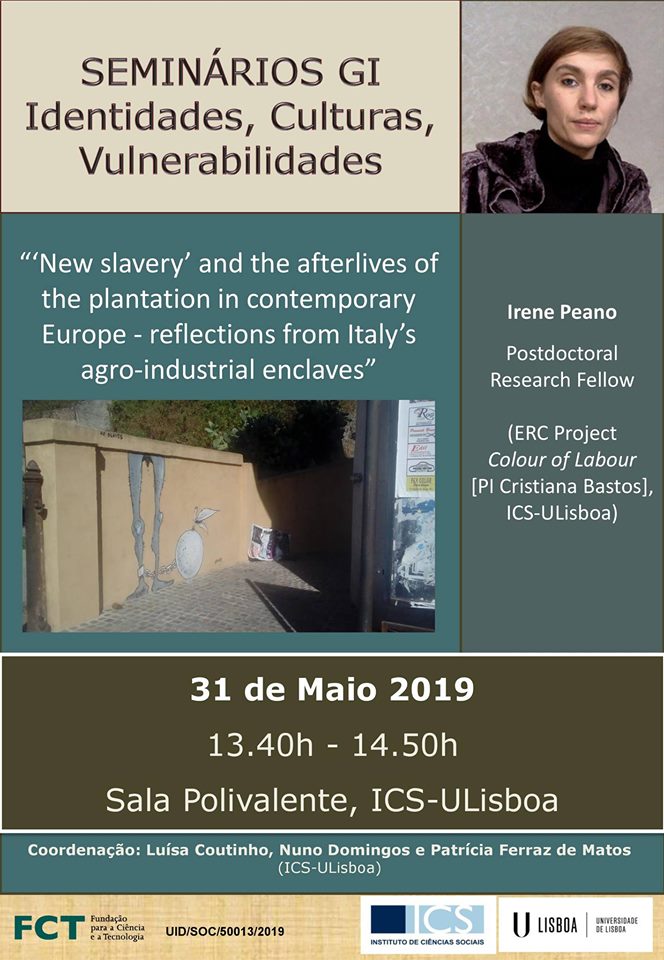